I remember in what seems a lifetime ago, a beloved yoga instructor teaching the lesson that before we can ever get to a heartfelt, genuine “YES” in our life, we must first learn to say “NO” with the conviction and strength of a young child. Only once we truly embrace the power of No will we find our way to Yes.

I am a long way from Yes, so it’s time to practice No.

Unfortunately, I am struggling to find the joy in this jerry-rigged, hand-made life of late. The glimpses of awe-inspiring beauty and joy are currently overwhelmed by frustration, a mother’s guilt and too much busyness.

I have a dozen posts sitting in my drafts but they all amount to not much more than grumblings of cautionary tales . . . I want to write about the truth of the beautiful, terrible struggle these early years of our dream have been, but I don’t have the heart or the strength or the time to both live them AND write about them.

I know the things I have grappled with this past year and a half will be of great use to many of you who are planning to follow the same journey and I desperately want to share them, but I simply can’t right now. There are too many tasks, too many little lives depending on me and so it’s time to say goodbye for now.

It’s time to retreat to the real world, work through the farm’s challenges with fleshy people, hold hands, nurture the community we are gratefully building here. Eventually there will be less re-inventing the wheel and I will have enough time between these early days and the present for reflection and gratitude. For now I am up to my elbows in it and I need to just BE in it. I will regret it if I don’t.

So here I go. So long. Farewell.

I’ve been a little busy!

I swear, who’s ever idea it was to have a baby at harvest time on the farm . . . my word what a busy time!

It’s been six weeks since we welcomed our new daughter and we’re quickly finding the groove of our new normal with two munchkins to look after. She’s fitting right in.

Now the harvest is done, the pantry is stocked with jewels of jarred summer, the freezer full to brimming with home-grown birds. We have had such an exciting first year on the farm; we’ve had some amazing successes and some spectacular failures that I can’t wait to share with you. Today is stormy and bucketing down rain; time to tuck in with a quilt and the babies and try to get caught up on my writing! 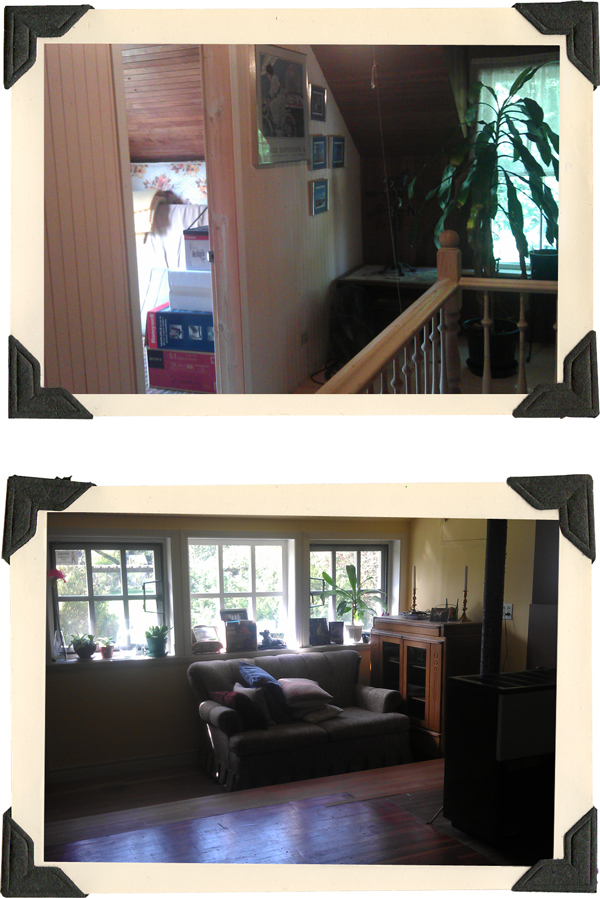 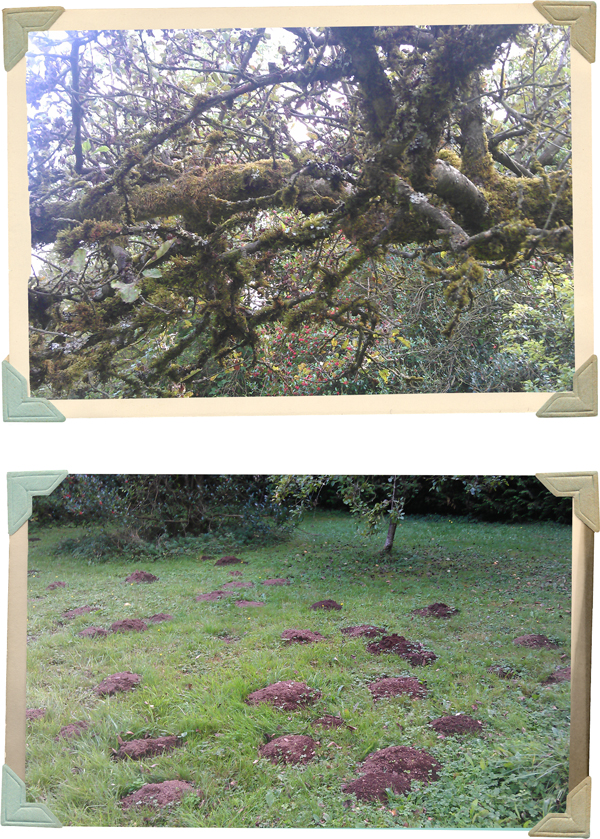 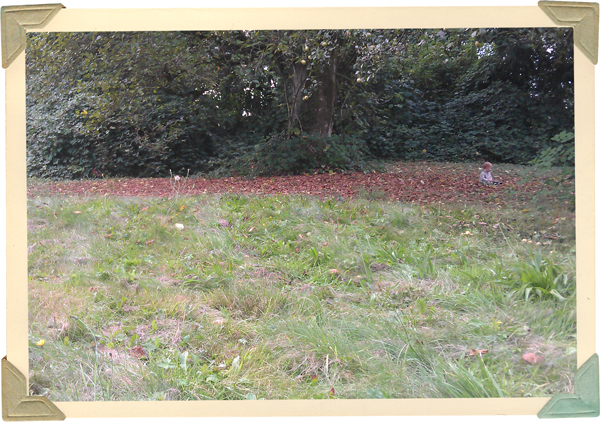 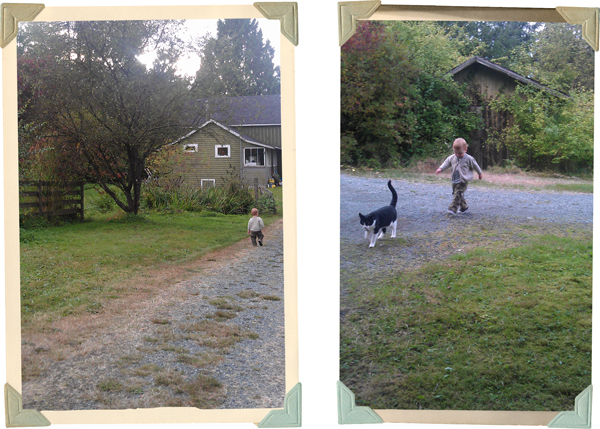 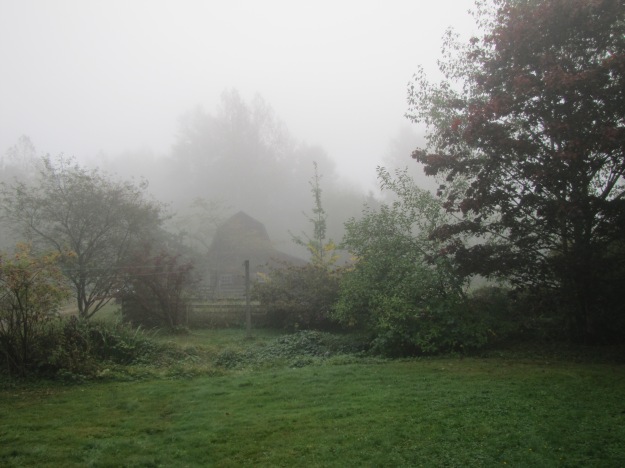 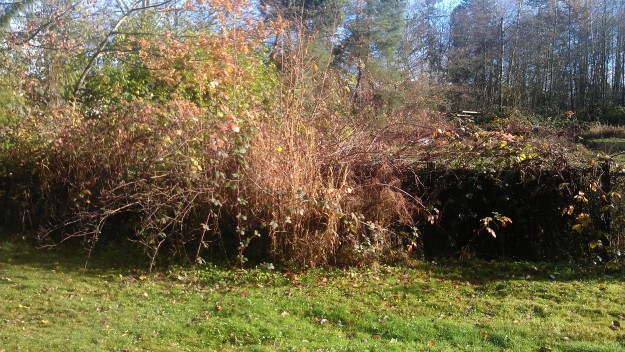 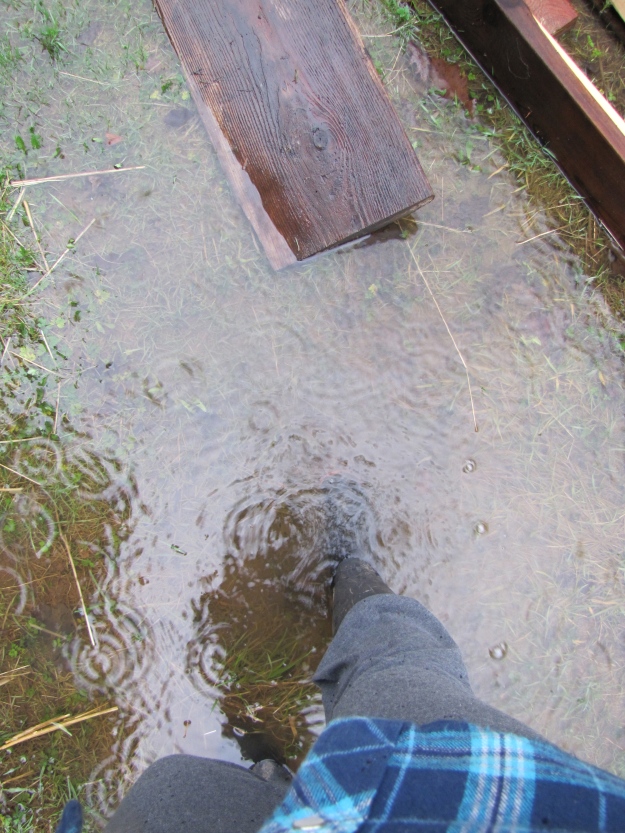 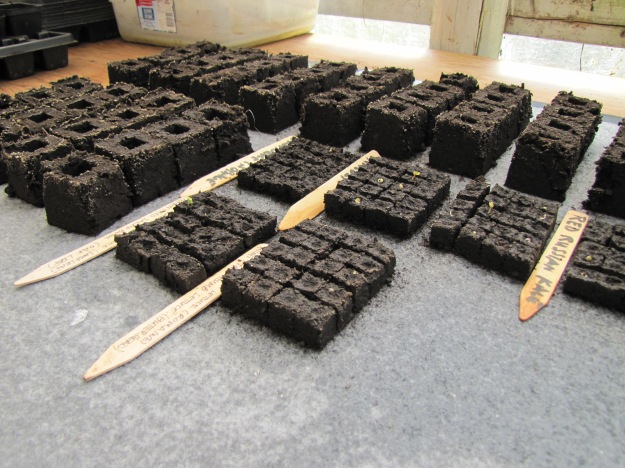 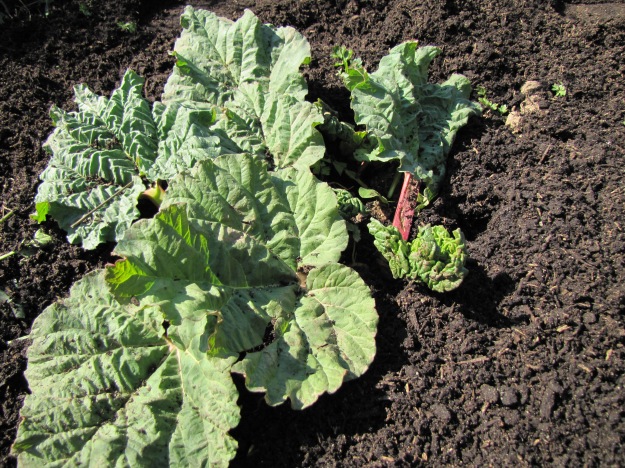 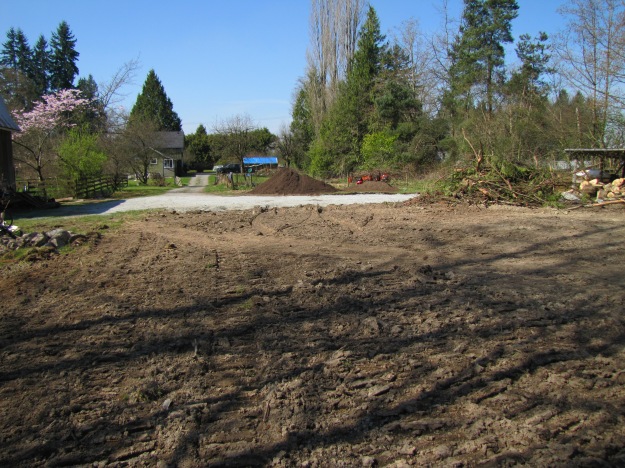 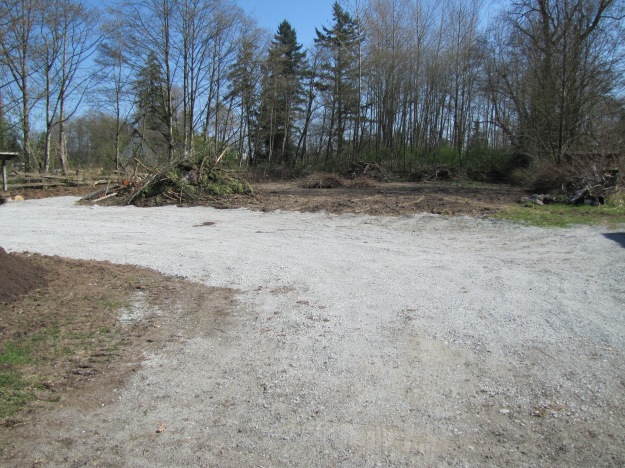 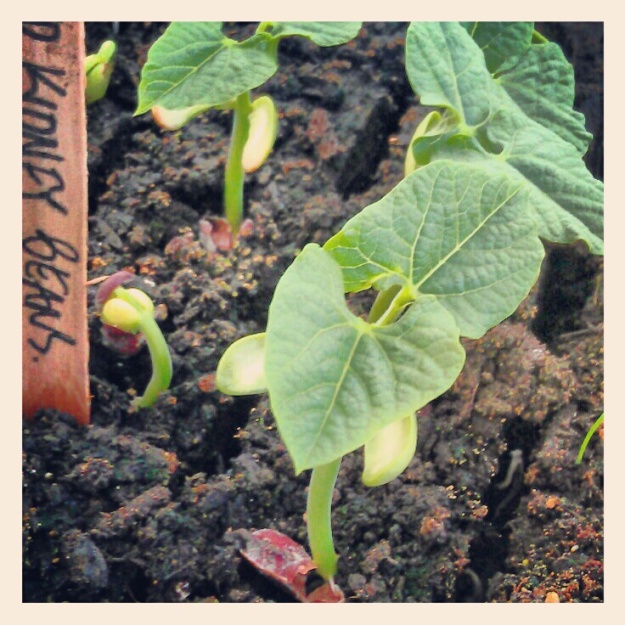 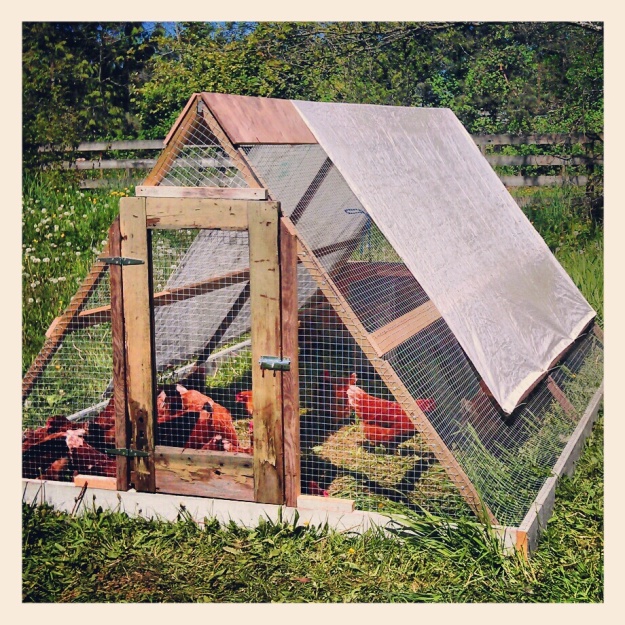 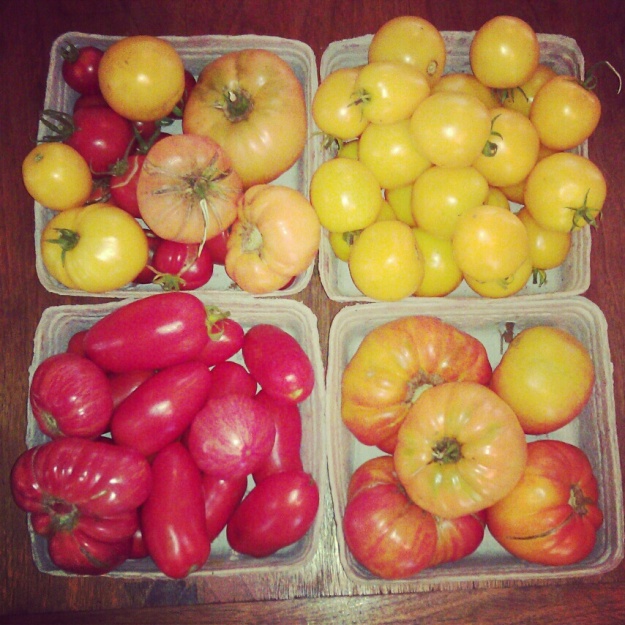 On May 25, 2013, as we marched through the streets of Vancouver protesting Monsanto, we chanted:

Seems simple, right? We should have the freedom to choose what we put in our bodies. And yet . . .

In Canada and the USA, we do not have the right to know what is in our food. That, apparently, would be too much trouble for the marketers. They might not make as much money. They might actually have to ensure that their products are safe.

Should food be a human right?

You wouldn’t know it from the current state of affairs, but food and health are protected under national and international human rights conventions.

Canada’s Charter of Rights and Freedoms provides us with the right to freedom of conscience and the right to life, liberty and security. Article 25 (1) of the UN Universal Declaration of Human Rights provides everyone with “the right to a standard of living adequate for the health and well-being of himself and of his family, including food ” [. . .] (emphasis mine)

Before I became a full-time mum and farmer, I worked in a government human rights agency. All sorts of wild and wonderful things are covered and defended by government under the umbrella of “human rights”. Some are incredibly important and worth fighting for, some well,  not so much. I saw everything imaginable in my career there, and some things you most certainly couldn’t imagine.

Looking back, it bothers me to know that I was required to administer complaints that were frankly completely flippant, self-absorbed and absolute wastes of tax-payers dollars, while something as important as the right to food has been deemed not worthy of the same protection.

Our current fetish with political correctness merely distracts us from a real and devastating attack on our most basic rights and freedoms.

The fact of the matter is we do not have a democracy; we have had a corporate coupe d’etat.

It has been this way for some time. When a corporation’s right to poison us and profit from it, and do it with the full protection of the law, comes before the people’s right to safe, clean food . . . well then. Our governments don’t work for us anymore. They work for the lobbyists, the corporations, the marketing boards, the elite and the powerful.

They do all these evils under the guise that A rising tide lifts all boats.

Look around you. We aren’t rising. We’re drowning.

Corporations control the seed industry to such and extent that one of our Canadian seed companies has been blocked from shipping seeds to the USA. His beautiful, organic, heirloom (actually EDIBLE) soybeans were confiscated by customs, claiming that his seeds threatened the US soybean crop.

Over 90% of that crop is GMO, owned by Monsanto. This is the same crop that makes it nearly impossible for farmers to grow soy organically with traditional seeds, because of contamination from GMO fields and fear that Monsanto will then sue the owners of the contaminated fields for patent infringement.

For a culture that holds the Free Market System as the new religion, the Laws of Supply and Demand beyond reproach and above all else – that seems odd, doesn’t it? There is demand, and there is supply. And yet, the very same corporations who cry bloody murder when they are asked to be held accountable to anything but the almighty Free Market, aren’t so keen for those very same principles to be applied against them, no matter how small the scale.

These companies and the government change the rules of the game whenever they see fit, to suit their own greed and power-lust, not the common good.

Our culture provides us with an illusion of freedom and choice; we can vote for our favourite Idol, express our most mundane thoughts to the world a million times a day via social media . . . but this is nothing more than a palaver, a stand in, a replica of real freedom. It is hollow and meaningless, a mere distraction.

If we cannot even choose what to feed our children, what to put in our own bodies, how can we claim to be free? 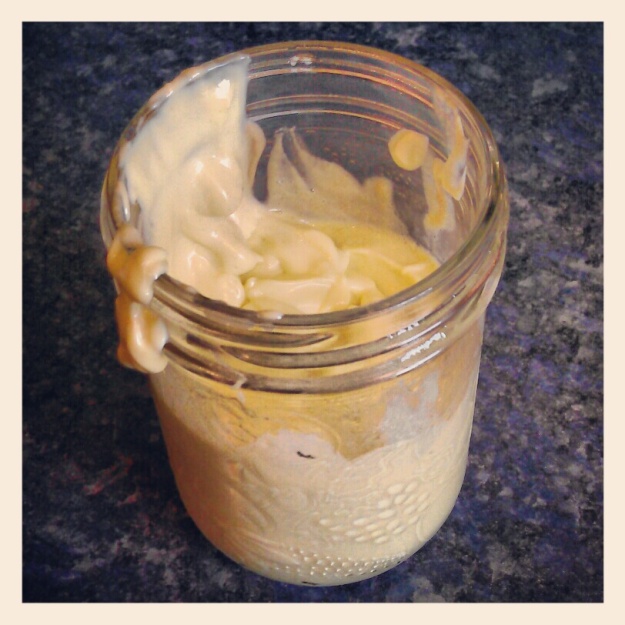 Not the most glamourous picture, I admit. But it was my first batch, and I was proud.

I can’t believe I’ve never made mayo before.

Eggs from the garden, organic olive and canola oil, organic mustard, lemon juice and some sea salt. Nothing freaky-deaky. Barely more than two seconds in a mason jar with the immersion blender and La-DEE-Da. Mayo. Magic.

No matter that Hellman’s says they’re on a campaign for “Real Food”, I’m not buying it. Canola and soy are two common oils used by Hellman’s, and they’re also the two most common GMO crops out there. It’s not organic and it doesn’t bear a “GMO Free” label, so it’s time to go Hellman’s. Buh-bye.

Homemade mayo may seem a bit over the top to some, but to me, it’s one small and steady step towards food-freedom. A palaver? Maybe. Maybe the seeds of revolution spread between slices of bread. You choose.

Yield : Just over one cup. Keep refrigerated. It will keep for about a week.

Feel free to use different oils. I personally like the rich flavour of olive oil but you might not. You can also use vinegar instead of lemon juice. Have fun, experiment. Add pureed chipotle peppers, garlic, herbs, whatever floats your boat. 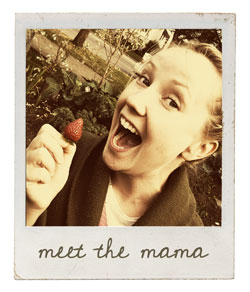 My name is Stacey Langford and I'm the Slow Foods Mama. 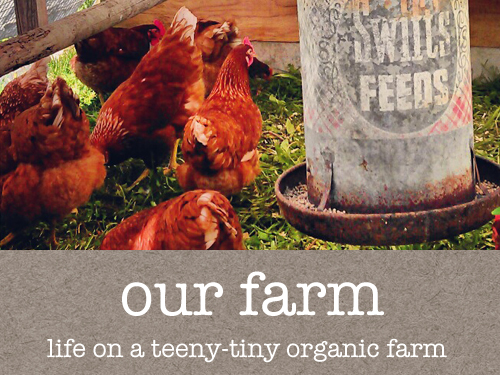